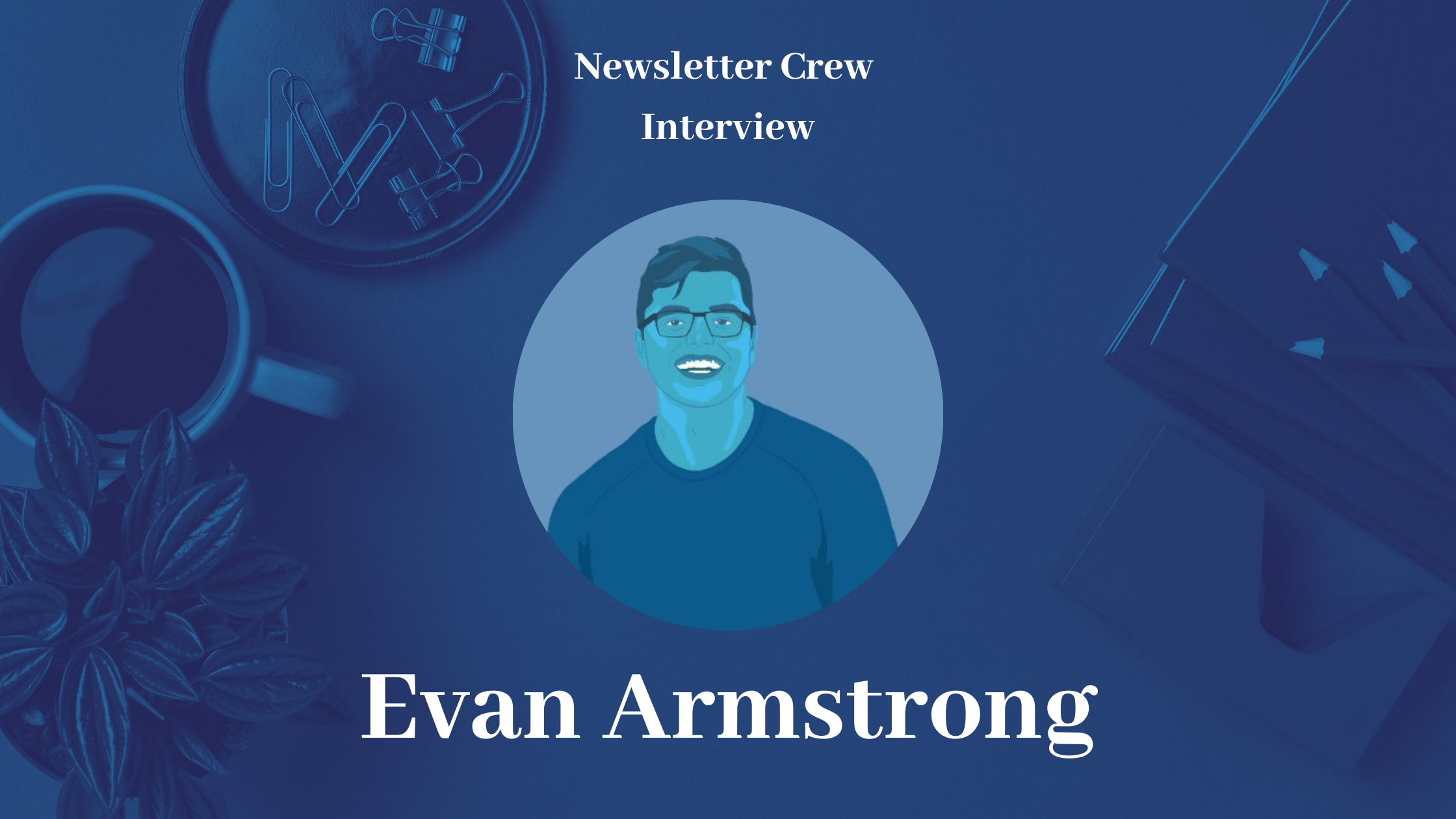 ‍Evan Armstrong, the author of Napkin Math, which is part of the Every collective, sends his newsletter to more than 17,000 subscribers every week. He writes clear explainers of business ideas and financial constructs.

‍How did you get started writing? ‍

"I had never written a thing in my life up until a little over a year ago. Up to that, mostly I just did math and PowerPoint. I worked at Substack for a few months last year, and I thought I should dog food the product. So I wrote a post analyzing dating app design ethics. I posted it on Facebook, and it went somewhat viral among my friends—it got a lot of positive feedback for someone who had never written before. I had no social media besides Facebook, but I wrote another post, and another, and suddenly it turned into a newsletter."

‍How do you approach writing at Napkin Math, the newsletter you took over for Every earlier this year? ‍

"I compare myself to George Costanza. I let something build and build, and then I get angry enough that I start to rant, and then those rants turn into posts. If I’m angry about something, those are usually the posts that go the most viral.

‍Are there any strategies you use to grow the readership or expand your audience? ‍

"Yes. It depends what stage you’re at. When I was first starting my personal newsletter, it was literally me messaging every person who joined to say thank you, and asking them what they wanted to see. I did that probably for the first 200 readers. I would just chat with people and be nice, and that was how it grew. When I started writing online, I had maybe 20 Twitter followers, and they were all bots. I really had no social presence.

In the beginning, it’s just personal relationships. But once you get that core audience, after that, it’s just about writing really good stuff and promoting it everywhere you can."

‍How do you ensure a high standard of quality for your writing? ‍

As part of my writing process, I sit down and read everything I’ve written out loud. I have a basement office, and it’s just me in my basement talking to myself for hours. That’s how I’m able to inject voice and flow into all of my pieces. The other thing, since I’m part of the Every bundle, is that I have an editor. Having Nathan Baschez as an editor improves my work a significant amount, and takes everything from good to great."

‍What’s the best newsletter advice you’ve ever been given?

‍"It should be fun. Everyone gets so worried about subscriber numbers, but you should be having fun. If it’s not fun for you, and the whole process isn’t fun, then don’t do it. Only do what’s fun for you and ignore all of the other advice, and it will probably work out."