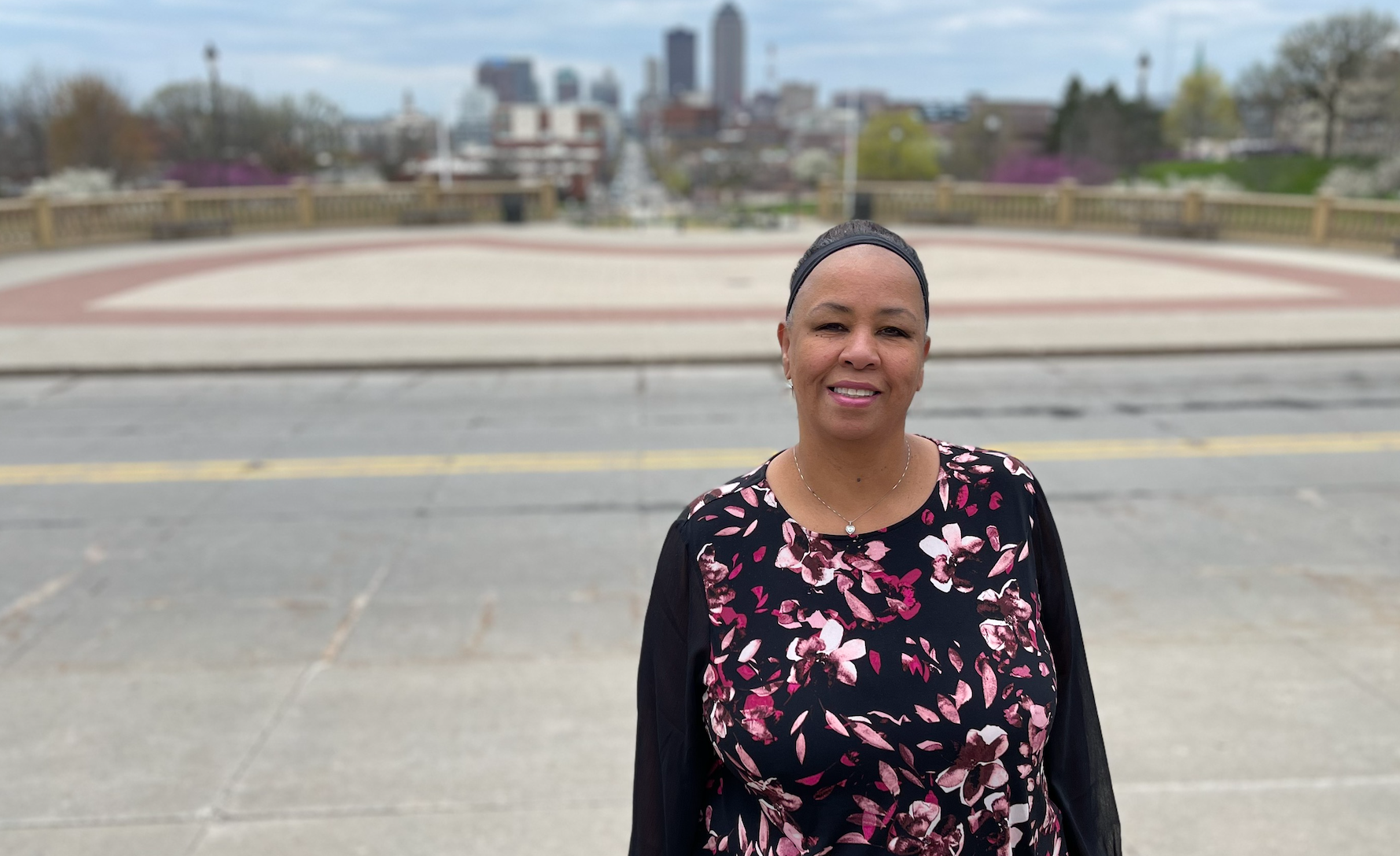 Dana James is the writer of Black Iowa News, a Substack newsletter covering local news for Black Iowans. James is an award-winning journalist and previously worked at the Des Moines Register for seven years.

Today, she writes her newsletter for the Black community in Iowa to fill in the gaps left by local news. The role of newsletters in local news is an increasingly important topic, and something Substack is paying close attention to with its million dollar Substack Local initiative.

Here, James shares her perspective on local news, her experience launching a paid newsletter, and her favorite writing techniques. Her answers have been lightly edited and condensed. ‍

Can you give us an overview of your newsletter? What do you cover?

“I started the newsletter last May because I was worried that the Black community in Iowa was not getting information it needed to stay safe during the coronavirus pandemic. I discovered the Substack platform and decided that would be a good way to reach everyone. Since then, I've written a lot about the pandemic, how people are coping with that, and trying to make sure readers have the facts about things like vaccines.

Then we had the murder of George Floyd in the Twin Cities, so I've written a lot about that and the protest movement. My goal is to share information with Black Iowans that is going to help create a more informed community.”

Why did you start a newsletter in particular? What about the format worked for you?

“My past career experiences have coalesced to get me to where I am now, in terms of having been a newspaper reporter for seven years, writing, having a fellowship where I wrote about governmental commissions and things like that.

But a very important job that led me to the newsletter was a position I had where I produced email newsletters for a college campus. Having to produce an email newsletter on a weekly basis that went to thousands of people, and I did that for three years, that really gave me a great background in knowing what works. I felt that with all of the information that we have today, all of the news organizations competing for our attention and our time, the newsletter was the best way to go. That way I know it reaches people’s inboxes. They can read it at their leisure. So far, my metrics show that that has worked.”

‍“That moment was watching TV news and seeing them report, day after day, the coronavirus case counts. Never once did they disaggregate the data by race. So if you were watching the news, if that's how you got your news, you would have no concept of how it affected Black people. So I really started digging into, ‘Well what are the numbers for the black community? How many people are infected? How many people have died?’ At the time, there was just no information. So I began to dig for it.

When the coronavirus last spring was really getting going, news from around the country was showing how badly the virus was affecting the Black community in particular. I just wasn't seeing it produced here.

So I was like, ‘You know what, I feel like I have to be a part of sounding the alarm.’ And a newsletter was just the best format to get the information to people. It's very shareable.

The written word is important. News is important. And if Black people are going to outlast the coronavirus, it’s going to be because we know how to protect ourselves. We know how many of us are being impacted. The local news just was not doing that. And even now, they’ve kind of struggled to do it in a way that is relevant.”

So you sit down at your desk and decide to start a newsletter. What was your first step?‍

“The first piece is that I studied the Substack platform. I've created a website before, and you know when you create a website, there are  a lot of back-end issues that you have to deal with, things that take you away from writing. You're dealing with all that stuff behind the scenes. So once I decided on the Substack platform, then it was really incumbent upon me to just start writing. The very first story I wrote had to do with the governor of Iowa pushing for businesses to reopen.

I thought, ‘Well, what do Black people think about this rush to just reopen?’ I talked to Black people around the state about how they felt. That opened the door to begin discussing what was happening with the virus. For that first story, I shared it on Facebook. I had a pretty decent following, maybe a few hundred people. But once I began sharing the stories and using hashtags and really networking with other people, then the stories began to get shares. Then the number of followers on social media platforms just started to tick upward. People began to message me. People would email me back and say, ‘Hey this is so important. We need this.’ That was how I knew a community was really starting to be formed around the newsletter.”

How did you launch a paid tier? And sponsorships?

“From May to December, I didn’t think about it. I was knee deep in reporting and writing. But over time, people would reach out to me and ask, ‘How can I support you?’ Initially I just put a PayPal button in the newsletter, and occasionally people would contribute whatever they wanted.

But then, in December, I was asked to do a seminar about Substack for the Black Media Initiative at the Newmark School of Journalism. To prepare, I turned on the paid subscription feature so I could show the people taking the class how it worked. Fast forward, the class is over, and I never turned the feature off. I always thought I would get to some point where I would enable paid subscriptions, and do some thinking about what it should cost and how to price it. But then, I was sitting there after this class, and all of a sudden my email dings. Somebody bought an annual subscription for $70. I was like, ‘Wait a minute!’

For sponsorships, it's only very recently that I’ve begun to take sponsorships. The West Des Moines Chamber of Commerce is having a Black & Brown Business Summit, and they placed an advertisement with me. It’s another way to reach people, another way to provide information to the Black community, and that’s what I’m about.”

"People always say you can’t write long articles. It needs to be short snippets that people can easily digest. I feel like a lot of that is out the window.

I write stories that are whatever length they need to be. For example, one story I wrote had to do with Black women and domestic violence. Once I started really digging into it, I realized it was something that would require multiple pieces because there was so much to unpack. Sometimes when you write a story, it will be a quick hit. In newspaper terms, it would be called a 12 inch story. Maybe four paragraphs, tops.

Other times, you write what the reporting bears out. For example, I wrote a story about this trend of Blacks being turned away from hospitals. I feel like that was one of my most important stories.  Again, I wasn’t worried about length, I was worried about making sure it was reported fully so that there was this body of information the Black community in Iowa could access."

What’s the best piece of writing advice you’ve ever been given?

"You have to write to your satisfaction. Editing is your friend. As a newspaper reporter, or whenever you’re on deadline, you can think you’ve written your masterpiece in 30 minutes. You think you don’t need a lot of editing. But what I’ve learned in doing this is that editing always makes the story better. When I get to the point where I’m just toying with where to put a piece of punctuation, then I know I’m done.

Ultimately, it’s about informing people. If I were to give writers a piece of advice, I would say to keep going with whatever piece you’re working on until you feel comfortable that it’s totally done. "