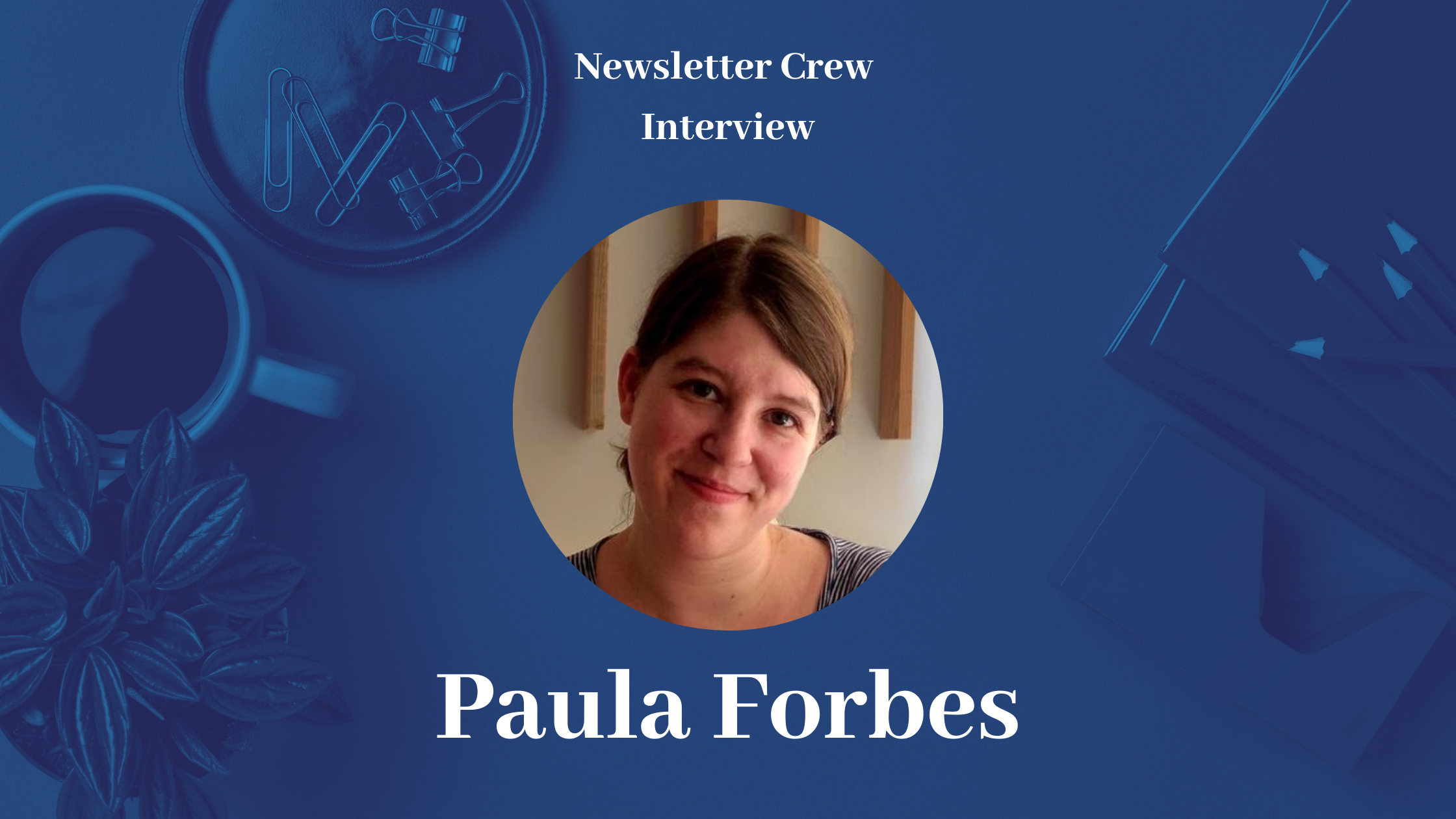 Paula Forbes is a journalist, cookbook author, and has written for publications like Texas Monthly and Eater. She's been a cookbook critic for over ten years, publishing reviews at Epicurious, Food 52, and elsewhere. In her newsletter, Stained Page News, Forbes publishes cookbook news, recipes, exciting upcoming books, details on new releases, and her personal recommendations.

Here, Forbes shares her advice for writing, publishing, and maintaining a newsletter audience of thousands of readers.

How did you get started writing your newsletter?

"I was a staff writer at several outlets for the first 8 or so years of my career, and covered cookbooks (both news and reviews) for all of them. When I went freelance, I didn't have an outlet for that particular type of writing, and would just tweet out random news I came across. One of which ended up being a huge deal: news of an upcoming Anthony Bourdain biography. It got picked up everywhere—I mean, People magazine covered it, citing my tweet as a source—and a lightbulb went off that I shouldn't just be dumping all this information on Twitter. So in 2018 I launched the first iteration of Stained Page News on Tiny Letter, just as a sort of hobby/clearinghouse for cookbook news I thought was interesting. I got that to about 1800 subscribers before I burnt out and pressed pause.
‍
A year or so later, I heard about Substack, thought it might be a good option for me, and on a whim asked on Twitter if I should relaunch Stained Page News. Based on enthusiastic response, I've been at it ever since, minus a couple month-long pauses. I've grown it to several thousand subscribers, although if I'm being honest it's sort of stagnated. Trying to figure out if there's just a limited audience of folks interested in cookbooks or if there's something I can do to get it growing again."

How have you thought about growth strategies?

‍
To be perfectly honest, I don't want to have to think about monetizing my newsletter. That's not what I am interested in. I'm interested in cookbooks, and the craft of writing them. But that said, I also don't want to be stupid about the money part, or leave money on the table. My primary goal is to get to a balance of the newsletter paying for itself: am I bringing in enough money to cover the hours I spend working on it? As much as I would charge any other client? Because otherwise I can't afford to write the newsletter.

‍
So I have a subscriber tier, I make some money off affiliate sales (books), and I have run a couple ads. I'd say I'm about 2/3s of the way to my goal of having the newsletter pay for itself, as I just defined it. And as I said, it's stagnated a bit, which is frustrating. I dabbled in producing more content for paid subscribers, but that kind of backfired. I was putting more time into the newsletter than before, and people actually started unsubscribing because it was too much content and they weren't able to read it all. After my summer hiatus I am dialing it back a bit, to focus on quality over quantity. Fingers crossed."

"The writing part of it comes really easily to me, which is probably an annoying thing to hear. I was a blogger for nearly a decade, and this is the closest thing I've found to scratching that itch. My issues have two formats: one, a news digest, is essentially a blog post. It's a collection of links and short news items, which I analyze and comment on. Relying on a consistent format like that helps: it's not a blank page, it's "I need to find a good, meaty interview to link to here. I need to find a couple book deals to write about for this section." Etc. The other posts are less structured, but I rely on freelancers to help out with those, so I'm not on the hook to write every single one myself. The ones I do write, I really enjoy writing. They're about books I truly enjoy, or interviews with people I really respect.
‍
I've been writing about cookbooks for a long time. I think my readers appreciate that I actually read them and cook from them, which...is not always the case, when outlets write about cookbooks. As strange as that sounds. I really try to feature cookbooks from big and small publishers, to write about self-published books, and just not cover the same books everyone else is writing about all the time.

I also try to cover any cookbook written in English, which for cookbooks generally speaking means publishers in the US, Canada, the UK, India, South Africa, Australia, and New Zealand. The US and Canada are easy to cover, and the UK and Australia are increasingly so, but other titles can be hard to track down. (If you are reading this and publish cookbooks in English anywhere in the world, email me! Ha.)
‍
Writing advice that has helped me over the years: Write conversationally. Don't assume readers know what you're talking about, give them context for everything. And if you get stuck, tell someone, out loud, what you're trying to write about—the answer is usually 'write down what you just said.'"