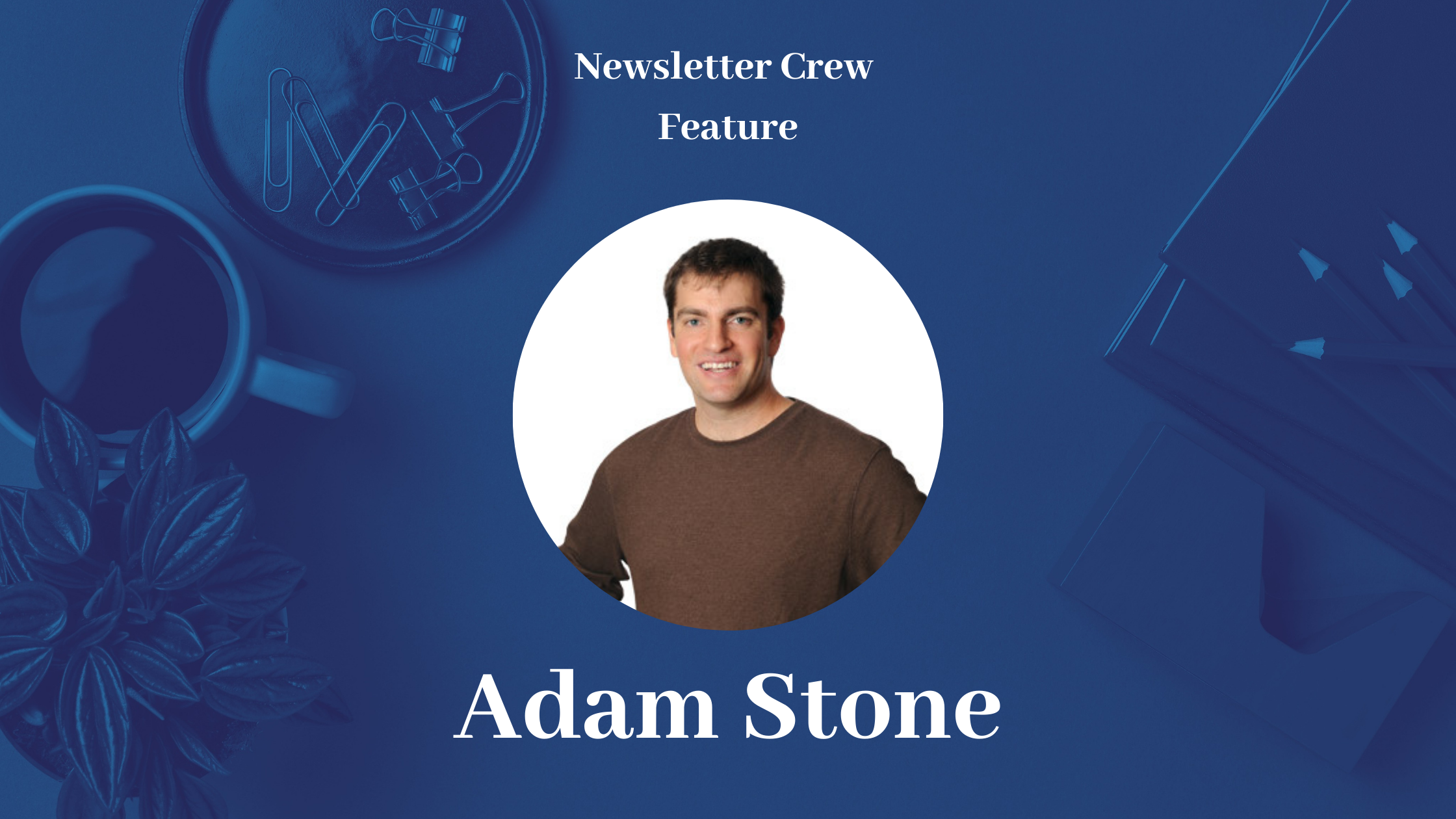 Adam Stone is the publisher of Examiner Media, a local news outlet covering the Hudson Valley. In June, Stone was chosen as one of 12 winners from across the world to be a recipient of a Substack Local grant, “​​a $1 million initiative to help independent writers start sustainable local news enterprises.” With the grant, Stone launched Examiner+, a subscription-based digital magazine, on October 5, and counted nearly 3,000 sign ups just a week later. The new platform could become an example to community newspapers everywhere.

​​“If we can crack the code,” Stone told the New York Times last month, “we can announce the blueprint to the wider world. All community newspapers could follow this model.”

For $5.99 per month, or $49 a year, Examiner+ delivers sections of the publication’s work directly to subscriber’s inboxes throughout the week, currently counting 150 such paid subscriptions, in addition to their 3000 free subscriber count. There’s also an “Examiner Ambassador” tier that gives the most enthusiastic supporters the ability to donate over and above the annual subscription rate, with some more perks mixed in.

As indicated by the name, the subscription sends subscribers something extra that they wouldn’t get as typical patrons. The additional content includes deeper news cuts, as well as profiles that put a human face on local issues. “It can’t just be a rehash of what we’re already serving up in print,” Robert Schork, the company’s digital editorial director, told the Times.

Stone came up with the monetization scheme after witnessing the wave of support The Examiner received when COVID-19 first hit and advertising revenue — which the paper was almost entirely reliant on — tanked. “The business shutdowns presented an existential threat to our ability to operate,” he told Newsletter Crew.

Stone was forced to lay off more than half the staff, consolidate much of its content across editions, and more broadly reorganize the way they did business. As a part of that effort, he launched a fundraiser.

“Hundreds of readers donated a total of more than $30,000 to support professionally-reported, fact-checked local news in their backyards. The donations and the incredible notes people submitted with their donations provided an enormous morale boost during a difficult time. I also applied for and won local journalism grant money from Facebook and Google; in addition, we secured a PPP loan.”

“Between all of those efforts, and with our leaner operation, Examiner Media was seemingly well enough situated for the long run. But something in the digital fundraising efforts felt like the future of local media to me. I started to learn a little bit more about reader revenue. I toyed with the idea of just adding a paywall to our website but that didn’t seem to carry the right horsepower alone.”

In an interview with Local Media Association, Stone said the experience made him realize that the paper wasn’t “tapping into reader revenue and potential ways to grow our business directly through the relationship with our readers,” he said. “It’s actually a more satisfying way to generate revenue because it’s such a direct connection. It’s a reader endorsing your product in a very direct way.”

With this in mind, Stone applied to the Substack grant.

“The opportunity was advertised as more geared toward individual writers, not a company, but I decided to apply for it on behalf of Examiner Media, on a lark, and then essentially forgot about it. In June I received word we were one of 12 winners from across the world. The winners spanned six continents, with only six U.S. winners, us included.”

“From there, with our cash advance winnings coming from Substack, we were off to the races, hiring new staff and trying to figure out the smartest way to use the Substack platform.”

Was it just pandemic luck?

The successful launch of Examiner+ has proven the endorsements were not just due to COVID. “The part I’m most encouraged by is how the new subscribers are trickling in every day,” Stone told Newsletter Crew. “It wasn’t just a rush of excitement from a few people the first couple days. And I can sense a much larger market we haven’t even solicited yet."

“The rebrand presented the publication to our audience as a digital magazine, offering the same content, but more of it and with clearer marketing.”

“Everyone understands the difference between a newspaper and a magazine article,” he said. “The repackaging should go an incredibly long way in aligning our marketing with the substance of our work on Substack."

The direct nature of the subscription service is a far cry from where The Examiner started a little over a decade ago. “I had no investors and no business partners and no loan. Our first payroll was financed by our first week of advertising revenue,” Stone said of the paper’s free print start in 2007. “For a couple hundred bucks I had printed out a mock-up of a newspaper and went around to the local bagel shops, pizzerias, and bookstores where I shopped. Those were the types of businesses that took out ads in our early editions.”

Long story short, the company grew in a few years from publishing one newspaper covering two communities with a 2,000 paper print run that I helped distribute, to four newspapers covering dozens of communities across two counties and a 25,000-reader circulation. Along the way, after early reluctance, we developed our digital presence at theexaminernews.com and across social media, along with a free email newsletter that usually carries our top website headlines of the day.

Stone started the newspaper at age 29, only about half a dozen years into his career as a reporter. “At that time, I had been a freelance contributor for the Daily News, The New York Times, among others, following several years as a staff reporter at much smaller papers. I missed community newspaper reporting, prompting me to start my own venture.”

His experience writing and reporting for various publications was beneficial in launching and monetizing a newsletter.

"As an existing print and digital news publisher with a more than 13-year track record in the market, we were starting off with some advantages most people probably don’t have when debuting a newsletter. So, with the launch, we’ve been publicizing the newsletter heavily between columns and house ads and social posts across our platforms. Social media is always critical and because we already have a sizable following in the area on Twitter and Facebook, we were well positioned to get the word out.”

“Monetizing the newsletter by charging for subscriptions is an exciting step for us because we’ve always been almost entirely reliant upon advertising revenue. It’s gratifying to have developed a new revenue stream, especially one more closely tied to direct reader support.”

Much like the pandemic illuminated a new revenue stream, Stone says editorial inspiration can come when, and from where, you least expect.

"Story ideas come from a variety of sources. Whether it’s from a reporter’s notebook working the beat, a think piece suggested by an editor or a pitch from a PR person, there’s an endless flow of ideas. The hard part is narrowing down what ideas are worth pursuing, and how to prioritize and time publication.”

Editing yourself is always a challenge. Reading the copy aloud helps me as the final step in the process. And then handing it off to a professional editor who isn’t as married to the words as I am and who isn’t too close to the story.

You build trust with the audience by consistently delivering informative, engaging, accurate content. And, just as important, owning up to mistakes loudly and clearly when you make them.

As a publisher, it’s important to hire journalists who value and provide consistency. I prize the marathon runner more than the sprinter. Some writers will go all in on the occasional piece they’re passionate about and then mail it in when they’re not as excited. I’d rather work with the contributor who provides clear, concise and thorough reports week in and week out.

The best writing advice I’ve ever been given is more of a specific, granular tip as opposed to a loftier piece of inspirational general wisdom. When writing, if you pick the perfect, most precise verb in every sentence, you’ll craft great sentences. So think in verbs, think in action, and the adjectives and the vivid description will come.

In terms of reporting, it’s about always making that extra phone call. When you’re confident in the facts, you can write with authority. You want to avoid situations where you’re less than entirely certain about particulars and are as a result forced to ‘write around’ the small, critical details. That goes for research too. Be sure of the facts and then hit the keyboard."