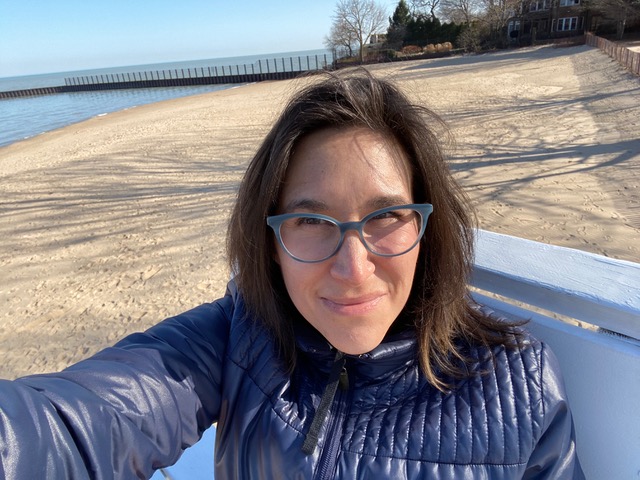 Claire Zulkey is a writer, journalist, and the creator of Evil Witches, a bi-weekly newsletter about the trials and joys of family life. In it, Zulkey covers everything from parenting advice to recommendations for store bought cookies. Her readership is engaged, candid, and intimate, with over 2,000 subscribers and 500 paying members. The readers don’t just feel like an audience, they feel like friends.

Here, she shares her strategies for writing and growing her newsletter.

How did you start your newsletter? ‍

Some years ago, I started a Facebook group to have a place to complain freely about my family life to an audience I knew would understand it, and wouldn’t tell me things like ‘treasure these years,’ or ‘at least you have a husband.’ That was a small group of my friends who were also moms. Over time, I realized there was a certain discussion that wasn’t being had publicly. So with the encouragement of some of my friends, I started testing the waters of a newsletter. I began with a free one on a Wix website and experimented with that. A friend of mine, Richard Rushfield, who writes an entertainment newsletter, suggested I try monetizing it.

How did you think about launching a newsletter out of a Facebook group? ‍

Well the group is private (members share private information in there, and I don’t want to bring in new people who might not know folks and know their stories) but I realized there were a lot of different points of view out there.

I’m a journalist by trade, so I’ve always been interested in sharing other people’s stories and their points of view. They are way more interesting than my own. That was where I began. I wanted to see if other people would react if I used these stories (I always ask people for permission and quote them.) It turns out, people really like to hear that they’re not alone. It’s also helpful just to get ideas for things, like how to keep your face masks organized, or recipes for easy dinners. It’s been really organic.

One thing I think is remarkable about your newsletter is the level of engagement. How do you cultivate that feeling with your readers that they are participating in what you write?‍

It’s less about engagement between me and the readers than it is about giving the readers a chance to talk with each other. Readers have told me how much they like the conversation threads, which is a feature for Substack. I make that a feature for paying subscribers. I like that because it feels like a closed circuit.

One of the tricky things about Evil Witches is that, unlike other newsletters, I am not interested in making it as big as possible. It’s not for everyone. It has a certain, limited perspective, and it is coming from me. I try to have a diverse range of topics, and experts, and voices, but still, it has a limited point of view.

I’ve looked into growing it into a larger type of community, and I’m not interested in moderating something huge. Not to be cynical, but I’ve seen so many Facebook groups go off the rails. There was just an article in The New Yorker about Ravelry, the knitting website, and the drama they went through with politics.

One of my favorite websites, Go Fug Yourself, which is about fashion but also culture, is run by Jessica Morgan and Heather Cocks. They do such a beautiful job cultivating their community and engaging with their readers while insisting on civility and politeness. I haven’t had to do that much with Witches, and fortunately I think my readership already gets that. I also think just being myself (I don’t pretend that Witches is a bigger thing than it is) that helps. People know I’m just a lady at home with my two boys and I have work to do and I have a lot going on. They know I’m just a human trying to do my best.

I love that you say you write with a very strong point of view. I think the best writers do. How did you come to that point of view?‍

That’s something I’ve been working on for my whole writing career, even since college. I began working on my first novel when I was in college. I wrote for the school newspaper, where I had a column. They very first compliment I got that stuck in my head was when someone said, ‘I read your column and I could totally imagine you saying that. I could totally hear it in your voice.’

‍First, when you’re describing dialogue, writing how someone talks, avoid using words other than ‘said.’ If you’re saying someone ‘cried’ or ‘shouted’ the dialogue itself should infer that. Avoid those kinds of words.

Second, be as clear and active as possible.

And last, one thing that never fails is to read your writing out loud.‍

Most newsletter writers work by themselves. They probably are writing and editing themselves. Have you learned any strategies to edit your own work?‍

Originally with Witches, when I was publishing on Wix, and the editions of the newsletter were much longer than they are now (I learned that readers don’t need really long posts) I would send them to a few beta readers. Those friends would read through and look for typos and things, it was so kind of them, I can’t believe they did that.

I stopped doing that when the newsletter became paid. I couldn’t think of practically how to do it, how to compensate them for reading since I was earning money from the newsletter.

So now, my matrix is that I rarely send something the same day that I write it. I like to let it sit. Then I write on my laptop but I proofread it on my phone. In my mind, my average reader is a mom who is overworked, who is reading on her phone on the toilet while she is trying to get 10 minutes to herself. I catch errors on my phone much easier than my laptop. Something about seeing it on that tiny screen and doing the scroll makes me realize what can be cut, what’s not landing, what’s not translating. That works out pretty well for me. ‍

Where are you planning to take the newsletter next?

I plan on keeping on keeping on. In years past I’ve really obsessed about finding my thing and having that be my forever thing, and now I think with Covid, and having kids, and looking back on my career, I’ve realized that just because you start something doesn’t mean you have to stick with it forever. In some ways, that brings me comfort.

I do want to work a little bit harder on spreading the word. I recently raised the price of my subscription because a reader of mine pointed out that other newsletters cost more, and I do put it out twice a week and I’m doing interviews and research and this does take time. I’m still a mom and a journalist and a freelance writer and I try to exercise every day and I have to make dinner, so when people stop responding to it, and when it stops feeling fun and like therapy for me, then it may have run its course. I’m playing it by ear.