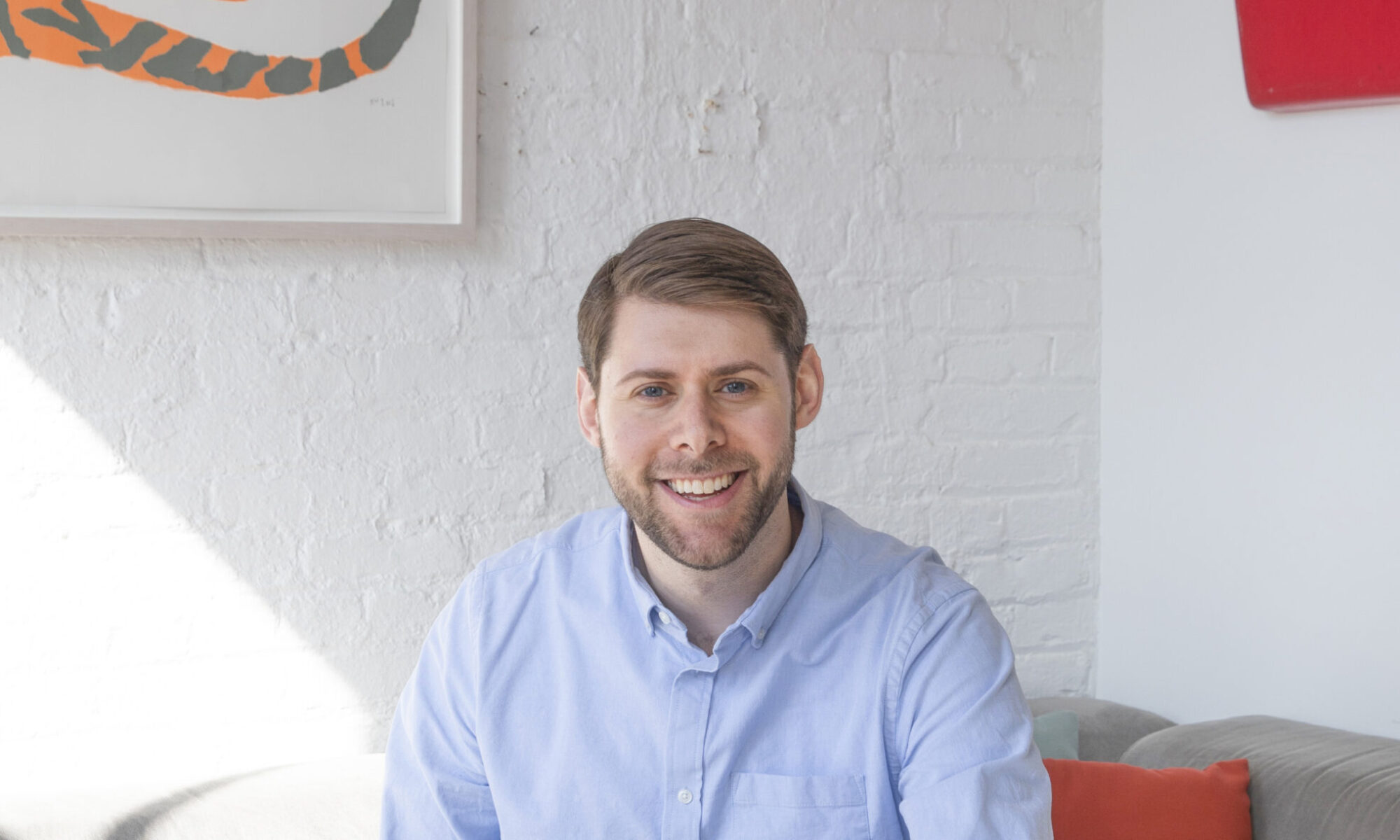 Dan Oshinsky is an email strategy thought leader. I first came across his work through Not a Newsletter (which is, actually, kind of a newsletter).  I consider it to be required reading for anyone working in email today.

Terry Godier had the opportunity to have a chat with Dan and pose some questions asked by the Newsletter Crew community. The interview covers solving discovery, subscription fatigue, and paying attention to the long-tail of previously published content. Let’s jump right in.

‍Can you introduce yourself for the (probably very few) members of our audience who aren’t familiar with your work?

I’m Dan Oshinsky. I run Inbox Collective, a consultancy that helps news organizations, non-profits and brands get the most out of email.

Why did you choose to use a Google doc for the newsletter?

Simplicity, mostly. I wanted to launch something, but wasn’t quite sure when I started how big the audience would be for something like this. Google Docs gave me a way to publish without having to go launch a site or build out a brand new newsletter.

What do you see as the future of premium or curated email newsletters? Where does this market go in five years?

The truth is that I have no idea what this market looks like in five years. Email has been around for a long time, but we’re in the relatively early days of independent newsletters that are built around a premium or subscription model.

I am as curious as anyone else to see how this market grows. I think in the next five years we will have a number of interesting cases of successes and failures to showcase — hopefully more successes than failures, but I really don’t know. I think as you look across the landscape of publishers, it’s only in the last couple of years that you have publishers like like a Substack or like a Revue that are building out products that can support someone to build out a subscription newsletter. Even the WordPress’s and Ghost’s of the world are just starting to dip their toe into what could be a future subscription kind of business.

It’s very, very early days. I wish I had a better answer for you than that. I genuinely don’t know — and I’ve been working in the email space for seven years, so I really should have a better answer than this! — but I’m curious and hopeful that there is a market and hopefully a large market for premium newsletter products.

There’s generally a sort of boom that happens when the tools become a little more accessible for all. It means that there will be some pretty noticeable successes, which is exciting. There already are more than a handful that are doing very, very well, which is great. People will point to a Stratechery, or they point to something like Judd Legum’s Popular Information. It also means that like with blogging, like with podcasting, like with any other new widely adopted tool, there are going to be plenty of folks who try it who don’t succeed, and then there will be a backlash, of course, that comes.

Some will say that the idea of having success on this platform is ridiculous — you can’t succeed. That’s how it tends to work when you move beyond early adopters, and a mass audience suddenly comes into try something new.

One of the things that I think is that with more people entering, the industry is at a very interesting inflection point where I think discovery needs to be solved because it’s going to become more and more difficult to discover great newsletters. Who do you think is doing a good job of discovery right now and what do you think great discovery looks like?

I don’t think there are any. I have yet to see a really good example of discovery for email. I know there are a number of folks and I know you guys just bought a site to try tackle this yourselves, which is admirable. I would like to see someone to try to solve this.

The Apple Store for podcasts comes to mind as an equivalent kind of version that doesn’t exist yet. I have struggled to figure out exactly how discovery is going to work for email because the success of email is that it is so democratized that there isn’t a single owner of email — the way that Apple or Spotify owns, say, podcasts or music.

So I’m still curious to see how it it will work. My best guess is actually that there may be a point at which, like a Gmail or a Yahoo steps into this space and tries to solve some of discovery issues. I’m curious about it. I would love to see something pop up. I would love to see one of things like the site that you guys just purchased… I would be curious to see if something like this can actually grow.

There’s certainly plenty of interest from the newsletter creators that I talk to who say, “We wish there was a better tool for discovery out there for people to find us, and for us to find other great things.” It doesn’t quite exist yet. The closest thing that I’ve seen really is the ReallyGoodEmails site which solves discovery for designers of newsletters, but not for newsletters. We’re just not there yet.

I do think subscription fatigue is one part of it because at this point you are not necessarily competing with other newsletter creators. You may be competing for someone’s dollars with Apple Music or with Spotify or with a subscription to HBO. It’s an interesting time for it right now.

I do think that subscription fatigue is a real thing — something that I worry about. The bundle idea is interesting. Apple’s gone through this with their Apple News product, for instance. There have been a number of attempts at this on the news side that have had varying levels of success. I think if there was a subscription product and the one that you were thinking about, it sounds like, would be pretty narrowly focused on solving the needs of a very specific type of customers.

That’s potentially interesting. I don’t know how it would work if, say, Substack said, “You can get access to 25 different newsletters, all of our top newsletters for X amount of dollars per month.” I have no idea how big the interest would be for that sort of thing. I’m guessing the thing you’re describing is around conversion copywriting and other sorts of business day-to-day needs. Something like that I think could probably succeed because you would be fulfilling a variety of needs for somebody just looking across their funnel and trying to figure out how to have success. I can see that working.

So as someone with their finger pressed tightly to the pulse of the newsletter space, what do you feel are some of the biggest opportunities to capitalize on, such as are there any valuable or underserved niches? Is there a way to position newsletters that no one’s employing? Or is there a way to promote them that no one has really caught on to yet?

If you’re someone who works in newsletters and you’re on MailChimp, Campaign Monitor, SendGrid, whatever — there are a number of tools out there for automation that I think are hugely useful that are under utilized. I am very curious about any sort of newsletters that are built around short-run courses (that I’ve written about on Not a Newsletter), where you’re going to learn a new skill, a habit, a trick, a lesson, over the course of a couple of days. I think there’s tremendous value there.

What I like about e-mail right now is you can build a really interesting audience around a very narrow thing. That’s what Not a Newsletter is, and Terry, what you’re working on, too. Let’s find a narrow slice of this audience and target them really specifically and give them a lot of what they want.

There is a need and an opportunity there. It’s just about asking, What do you care about? Where are these smaller communities that you can serve and bring together? I’m writing about email because there is an audience that has always had questions about how to get the most out of email, and they haven’t had places to go to get the answers they want. That’s why Not a Newsletter has worked to date. It’s why I’m doing the consulting work that I’m doing. There is a lot of need out there — and I know there are similar sorts of spaces out there for others.

Newsletters kind of switched the paradigm from traditional publishing where the reliance is on the long tail, the reliance is on the back catalog. Major news publications make money from the back catalog and therefore can monetize that with CPM and display rates. Newsletters will never be more important tomorrow than they are today, right? That’s kind of the case. Is that a fundamental risk to the model? It’s almost as if you have to go out and engage in a street fight every day to get your business.

There’s an exception to that, and I want to describe this idea of courses at BuzzFeed. Back in 2015, we launched a series of these automated newsletters, DRIP campaigns, we call them courses because you’d teach readers a new skill or habit. You’d have a lesson track around stuff like 7 Days To Better Skin, Couch To 5k , these sorts of things.

These are courses that we built and worked with our editorial team really closely on to launch, and five years later, they’re still running and having success for a company like BuzzFeed. (editors note: here’s a link to a presentation on this.) So, yes, in terms of the day-to-day newsletters, depending on the topic, it can be a grind, but there are also ways to think about how you can complement newsletters with other sorts of email products that might be more evergreen where you’re not necessarily having to crank out new things every day, where you could actually build something that could last for a period of years — if it’s good enough, if the tips are actionable enough, and if it’s written in a way that can serve a reader for the long haul.

I do think there’s an opportunity there. E-mail doesn’t necessarily have to be the next and the next. There are opportunities to use automation in a really powerful way, too.

Want more insights from Newsletter Crew? Subscribe to our weekly newsletter for tips, tools, and recommendations.