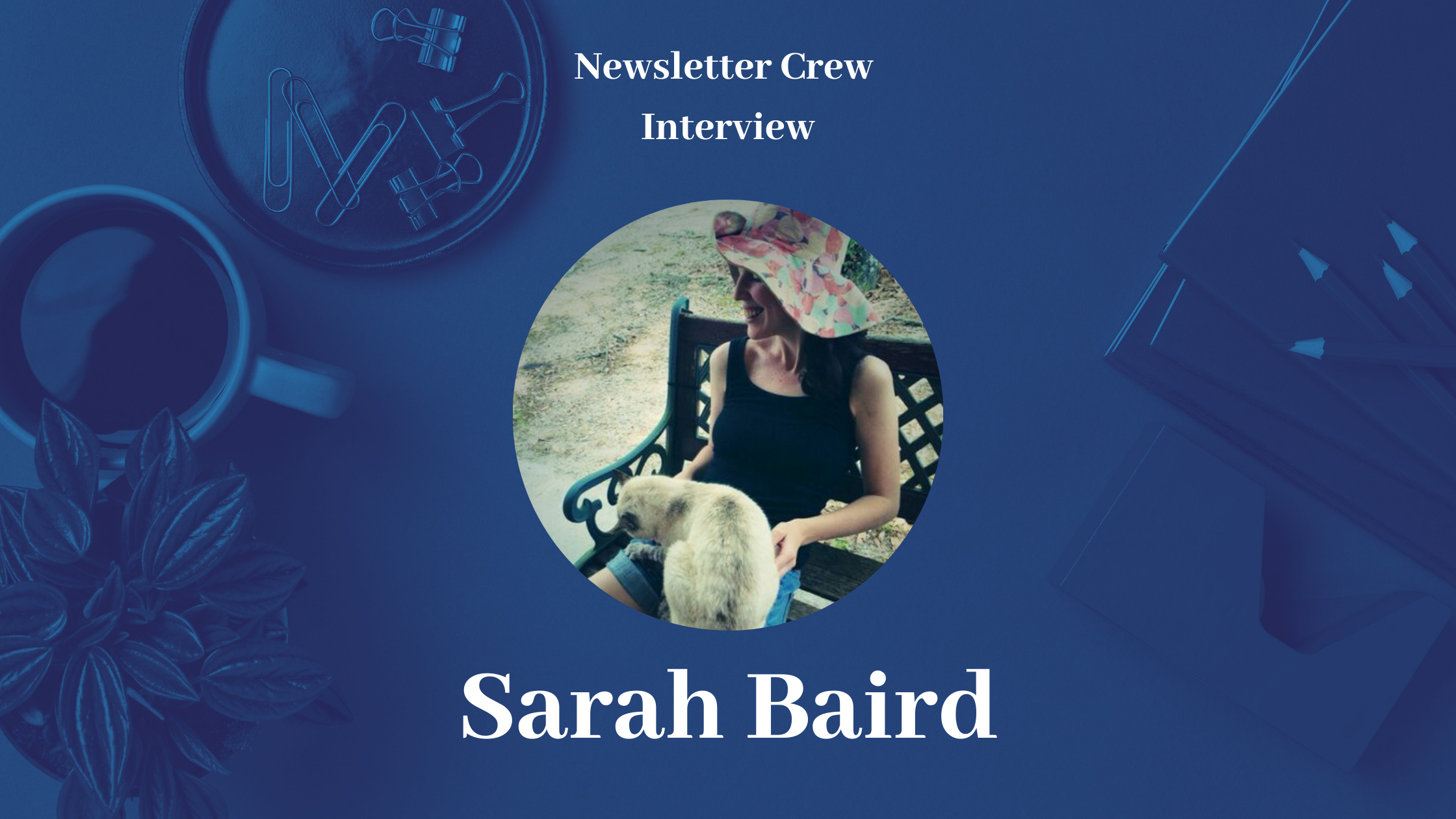 Sarah Baird is a local journalist in Eastern Kentucky. Through her Substack newsletter, The Goldenrod, she's keeping communities often overlooked by traditional media outlets informed with stories that matter for their towns and families. Baird's writing has appeared in The New York Times, The Guardian, GQ, Good Housekeeping and Marie Claire.

Here, she shares her advice for writing work that matters. ‍

How do you decide what to write about?

"I'm part of the Substack Local program, and with that application process, I really was able to think hard about how I wanted to structure my newsletter even before I started. Stories on Tuesdays are more along the lines of investigative reporting, 'hard news' interviews, analysis and photo essays about issues facing the region I cover, Central and Eastern Kentucky. Thursday’s stories focus on cultural elements—particularly those that are surprising and of-the-moment. Fridays (which will be for paid subscribers only! Starting this Friday!) will be a reimagining of a more traditional local paper structure with guest columns, events, recipes, commentary and other short-form pieces that are almost exclusively community driven.

I'm thinking of it like an 'alt weekly' that’s finally catching all the critical stories that have gone untold for years in the region and giving them the attention, thoughtfulness and audience they deserve."

How do you edit yourself?

"When editing myself, I think a lot about how my readership will be best informed and how I can always be as clear as possible without losing my voice. My audience largely resides in rural towns and smaller communities, and most of them are learning about the idea of 'newsletters' as they're learning about The Goldenrod! I think that presents such an incredible opportunity to help people reimagine local news, but also a great deal of responsibility. That's always top-of-mind."
‍

How do you build trust with your audience?

"I'm from Eastern Kentucky—born and raised!—and I think being local goes a long way toward trust-building. The region has been pretty scarred by parachute journalism that makes sweeping generalizations about Appalachians and Kentuckians (and often just gets the story plain wrong) so there's a sort of built-in level of trust, I think, for someone who cares deeply about telling stories correctly and with nuance because it's my home, too. You'll find me in the freezer aisle on any given Tuesday buying push-up popsicles for my two-year-old just like everyone else.

I also run a reporter database called Shoeleather which attempts to combat parachute journalism, and I think that's helped build trust as well."

What's the best writing advice you've ever been given?

"I can't remember who told me to do this, but I always read my pieces out loud before hitting send/filing them. There's something about that practice that helps just make everything sing a little bit more, and catches any technical errors—or weird missteps in rhythm, etc.—that you just can't get from reading it, glassy-eyed, over and over on the page."
‍