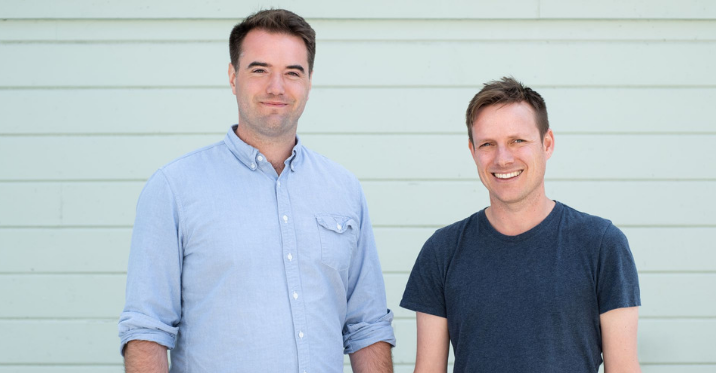 If you’ve been looking into starting a newsletter at all, you’ve probably stumbled upon Substack—a publishing platform that makes running a paid newsletter dead simple.

Hamish McKenzie co-founded Substack in 2017. He is also a published author (his book ‘Insane Mode: How Elon Musk’s Tesla Sparked an Electric Revolution to End the Age of Oil’ was published by Penguin Random House in later 2018), and he has written for Tesla.com, The Atlantic, The Guardian, and much more.

Check out our interview, conducted by Terry Godier, to learn about what metrics Substack pays the most attention to, how the company thinks about “platform lock-in” risks, and what he sees in the future of premium newsletters.

What is your main success metric? What do you pay attention to, say first thing in the morning? What do you check as soon as you get to the office or maybe before then?

The main thing we look at is how much money is coming in. We look at Substack’s revenue, chiefly because that is an indicator of how well writers who are using Substack are doing. Our growth is entirely dependent on the writers’ growth.

What’s the last thing that you check each night before you go home?

I’ll look around at various Substacks that are in varying states – some of which have been around for a while, some of which are just getting started, some of which have only recently turned on paid subscriptions – to check in and get a sense of how individuals are doing. Then I start thinking about how we might be able to help them do better.

So what do you see as the future of premium curated email newsletters? Where’s this in five years? And then how is the market changing?

I’m getting caught up on the word “curated” here because I don’t think that everything has to be curated. That’s one model for what can work in a paid newsletter format, but there are lots of different models. That word “newsletter” can sometimes be distracting. I think Substack is enabling this proliferation of independent publications where people can go direct to their audience and have a trusted relationship. In some forms, that might be recommendations and curation and analysis and commentary; in some cases it might be essays; in some cases it might be chapters of a book.

What I see as the future of that is that there ultimately is this galaxy of independent publications covering almost every imaginable editorial niche where the relationships are built on trust, not trying to trick someone into clicking on a story, and that writers are rewarded for delivering on that trust ultimately with payments from their readers. I think that can look like a giant media ecosystem that is somewhat different to the one that has prevailed for the last couple hundred years.

For the second part, it depends on what you think the market is, but I think the world is changing in an important way, and that there are a lot of people who are fed up with what the attention economy has wrought. Online advertising has given rise to these really compelling addiction machines that seek to monopolize and then hold onto our attention. One way they’ve got good at doing that is by provoking extreme emotions, and in some cases they are good emotions like delight and joy, but just as commonly, maybe more commonly and more devastatingly, they’re strong emotions like anger and rage. They pit us against each other until we end up in a flame war with each other on Twitter instead of engaged in useful dialogue and productive discourse.

A lot of people are aware that this is a terrible place to be in. Not only for the media with newspapers shutting down and journalists losing their jobs, because it’s not an economic model that makes sense for truthful storytelling as much as it does for cheap, divisive content. But also, it’s a terrible place to be for society in general because it pits us against each other, and it drives us to the polar extremes. And so people are ready and the culture is changing in such a way where we can have media experiences that are less about tricking us or making us angry and more about serving the reader in an honest way instead of in a compromised way. Trust is really, really important.

That sense of relationship with a writer you trust is really important. And I think that people increasingly are willing to pay for that relationship, and that’s not going to slow down. We’re seeing that shift happen already and Substack is riding on that wave.

I just think that people are fed up with the ad-based, everything-is-free world and that they see through it now. One way to demonstrate trust and improve the whole ecosystem, and improve the way we live, is to pay people – pay content producers directly.

I completely agree. That’s exactly what I’ve been trying to say, it’s just that you can make the point better than I can! Next question here is about focus areas for Substack for the next six to twelve months and beyond.

Well, we still consider Substack to be in the very early days. Substack the product is still primitive. That doesn’t mean that it’s not good. I think it’s good, it does everything well. But we see a lot of opportunity for improvement at every juncture — to continue creating better reading experiences for readers and better independent publishing experiences for writers.

We’re not going to try and do anything too fancy in the next six to 12 months. We’ll keep doing things that attract writers to Substack and help them have great experiences. And perhaps you’ll start to see us doing more on the discovery side where we help writers find new readers and help readers find new writers. There’s lots of opportunity in that area.

The next question is regarding platform lock-in risk. This might actually be covered based on some help documentation that you have. How easy is it to export content if a creator were to decide to leave the Substack platform?

One thing we think is essential to this new era of publishing is that the platform does not insist on being the mediator between reader and writer. It’s hugely important to allow writers to control the relationship they have with their audience. So, we don’t lock people in through anything but goodwill at the moment. The idea is that Substack provides enough value to keep you happy and keep you doing well, and is going to help you do your publishing business well. So, yes, you as a writer, own all your content and you own your mailing list, and you can take all that with you anytime you want. It’s incumbent upon Substack to prove that we’re good enough, and to keep you happy and to keep you on Substack.

What do you feel are some of the biggest opportunities that people can capitalize on, such as any valuable or underserved niches or a way to position newsletters that no one is employing?

I think the entire ecosystem is being reconfigured and that there are incredible opportunities up for grabs with almost anything imaginable where audiences can range from tiny to enormous. So I’ve got no particular content verticals to point at and say, go after that. But if you’re passionate about something or particularly knowledgeable about something and you think that there might be ten thousand other people in the world who care about this thing as much as you do, then to me that is a good opportunity to go after.

I think Kevin Kelly has something about a thousand true fans, right?

Yeah. He’d say that it’s a thousand true fans. Let’s say there’s 10,000 people interested and 1,000 of those are deeply interested and you get them all, then it’s enough to make a really good living.

You went through Y Combinator, right? Was that like?

Yep. Winter 2018. A great experience for a startup that’s trying to learn how to be a company.

Next thing is, in regards to personal URLs or domain names. Why refuse? The member who posted this question says they would “rather promote my brand versus the Substack brand.” How did you make the decision to end personalized domains for users?

We have not ended personalized domains. In fact, we want to open them up in the future. We want to do more around custom domains. It’s just that at the moment we’ve got some technical limitations that mean that we have to be really careful. So at the moment our basic rule on who might get one, is: Who’s serious about this? Who’s all-in on the Substack model? Who’s basing their entire business on this model? But we just physically can’t give out too many at this point.

Want more insights from Newsletter Crew? Subscribe to our weekly newsletter for tips, tools, and recommendations.