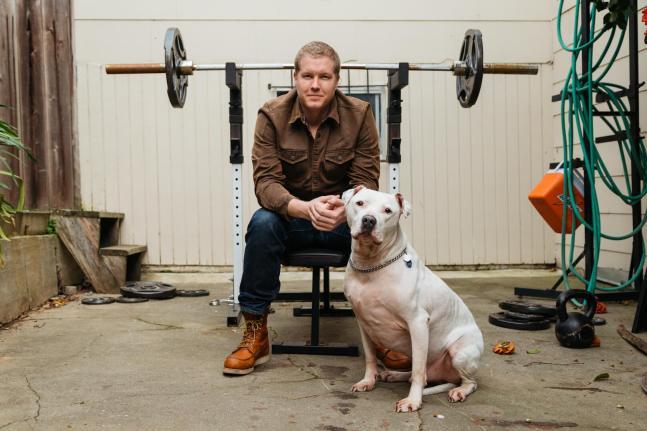 Sam Parr founded The Hustle newsletter in 2014. In 2020, he sold the business — with over one million subscribers — to Hubspot for an undisclosed amount. But how did Parr become a newsletter writer?

Here, he shares his strategy for growing an initial subscriber list, creating viral blog content, and maintaining a loyal audience. His answers have been lightly edited and condensed. ‍

How did you grow the newsletter to over one million subscribers?‍

Each stage was different. As one of the only employees, I got us to the first 150,000 subscribers in the first year. I did through blogging. I blogged like crazy. I got millions of people to come to the website and give us their email, and that’s how it worked. From 150,000 subscribers to one million subscribers, we had a few different sources. We did a ton of paid marketing. Our blog and our web traffic continued to grow. Then we had an ambassador program. It was all about finding sources that were profitable. We honed in on our business model really early on, so we knew how much money we could spend on marketing to get a new subscriber and how much profit we would make from that. We worked that like a machine.

Tell me more about the first 150,000 subscribers stage. ‍

I started the business as an event. So in order to make the event popular, I created an email. I would write about the speakers. That got us to 10,000. From 10,000 subscribers to 150,000, I just blogged like a madman. I got really good at driving traffic to a website for free. I wasn’t doing Search Engine Optimization, although I was getting a lot of traffic through search. I didn’t know anything about SEO. I didn’t purposefully write about stuff to rank. I wrote about stuff that would get page views and be popular. SEO happened, but not on purpose. I got search traffic just by coincidence.

Did you ever get called out for self promotion on Reddit?

That happened all the time. But I had a process. First of all, I would provide value. I would post all the time. I’m a Reddit fan, I’m a user of Reddit, I’m an active participant in many of the communities. So I’m not hacking the system, I’m using it as I should. And part of that means if I make something cool, I should share it. I use Reddit all the time, and then two out of every ten posts I would promote my own thing.

The way I’ve always thought about content is, ‘Where is this going to get popular?’ and before that I think, ‘Who am I trying to attract? Where are those people?’

So I thought, well, there’s this subreddit called ‘Soylent.’ It only has 100,000 members, but they’re very engaged. I bet I can go viral there. So what should I write? Well, what if I lived on Soylent for 30 days and wrote about it? So I did. And we went viral there. Coincidentally, the way the Internet works is if you write something popular, you’ll rank high on Google. So when you searched Soylent, we showed up as the top article for a really long time.

So I wrote this article about a guy who was writing these books about how to sleep with women, and he was plagiarizing them. And I thought everything about this guy was horrible and sleazy. He was plagiarizing books about picking up women and sending them to someone in the Philippines to rewrite them, then publishing them on Amazon Kindle and getting a lot of fake reviews. He would make money off that selling his book.

I thought, ‘That’s horrible. I’m going to expose that.’ Then, to prove that it’s true, I’m going to do it. So I plagiarized a book and became a best-selling author and made some money off of it and we wrote about it.

That story went very viral on Reddit, because Reddit has subreddits for Kindle and self-publishing. We got millions of people coming to the website through that article.  We would do that all the time. I would be working on these long articles — like that one took a lot of work — but in the interim I would do these quick hits that would get traffic.

How did that drive subscribers for the newsletter?

I thought about it like this: I’m going to attract attention, and a small part of those people who are attracted are going to sign up for the newsletter, and it’s that easy.

‍If you had to start The Hustle over again, what would you do differently? Or would you do it exactly the same?‍

I get asked that question a lot. Or, I get the question, ‘What niche should I start in?’ I think it’s a silly question, because people are really just asking, ‘Tell me the easy way to do this.’ ‘Just tell me what to do.’

I can do that, but you really just need to understand the strategy of why it works. Then you can apply any tactic you want to many different niches. I try to dumb it down and explain it like this: I’m just going to get a ton of people to know about me, and then only a percentage of them will become true fans, and that’s okay because it will still be a large number. That strategy, which sounds simple, and it is simple, will always work. I would always start that way. If I had to start again, I probably would have done it the exact same way.

It is harder to start now, because there is a lot more competition. But, I think you can get popular on Twitter really easily. When we started, Facebook Groups weren’t really a thing, and I think we could have started with a Facebook Group and gotten popular that way. That would have been a little bit different. But I think blogging and doing crazy stunts was the best way to go about it, and I would do it again that way. ‍

What do you think about launching a referral program as a growth channel for early newsletter writers? ‍

It all depends on what your expectations are. If you want to get as big as us or bigger, then more likely than not, you should focus on one or two growth channels and go all in until you get to 150,000 subscribers. You only have to add 100 people a day to get to 36,500 people in one year. Maybe that sounds like a lot if you have zero, but it’s actually not that hard if you write on a consistent basis.

For people who say, ‘Let’s do an ambassador program, let’s do this let’s do that,’ if they instead focused on only one channel and tried to get 100 people a day to sign up through that channel, that would be the best use of time.

What works well for traffic? ‍

Outrage works well. You’re going to uncover some type of scam, or have a controversial opinion. Things that are underneath the hood always works well. For example I have a friend that has a paid newsletter that does about $30 million in sales. And it's for farmers. So the headline is: “There’s a guy in Kansas making $30 million a year with a paid newsletter for farmers.” You post that, that’s going viral. So behind the scenes articles always do well. But it’s got to be an outrageous, crazy story. I look for things that cause certain emotion that are highly correlated with sharing and clicking.

What’s your opinion about newsletter fatigue?

I don’t care about it. There are six billion people that have an email. Fatigue isn’t something I think about.

Our open rate is about 50 percent. If 50 percent of people consume us on a regular basis, that’s great. I do think this is one of the things that I am open to the fact that I could be wrong about, but I am not fearful about newsletter fatigue at all. To me, it sounds like one of the things losers talk about to each other in order to not start something. What if Elon Musk said that about cars? There’s always a ton of competition. Who cares? There’s always room for different or better. ‍

What’s your biggest piece of advice for managing open rates?

You’ve got to churn. If you have 100 people on your list, and 60 of them open every single day, and then you add 100 people who don’t ever open, those 60 people who used to open all the time are now not going to receive your open because Google thinks you’re not a very good newsletter. They’re going to put your newsletter into the spam box.

We’re a daily newsletter. If someone isn’t active for 30 days, we send them an email campaign asking where they’ve gone. If they don’t reply to that, we scrub them.

Want more insights from Newsletter Crew? Subscribe to our weekly newsletter for tips, tools, and recommendations.‍