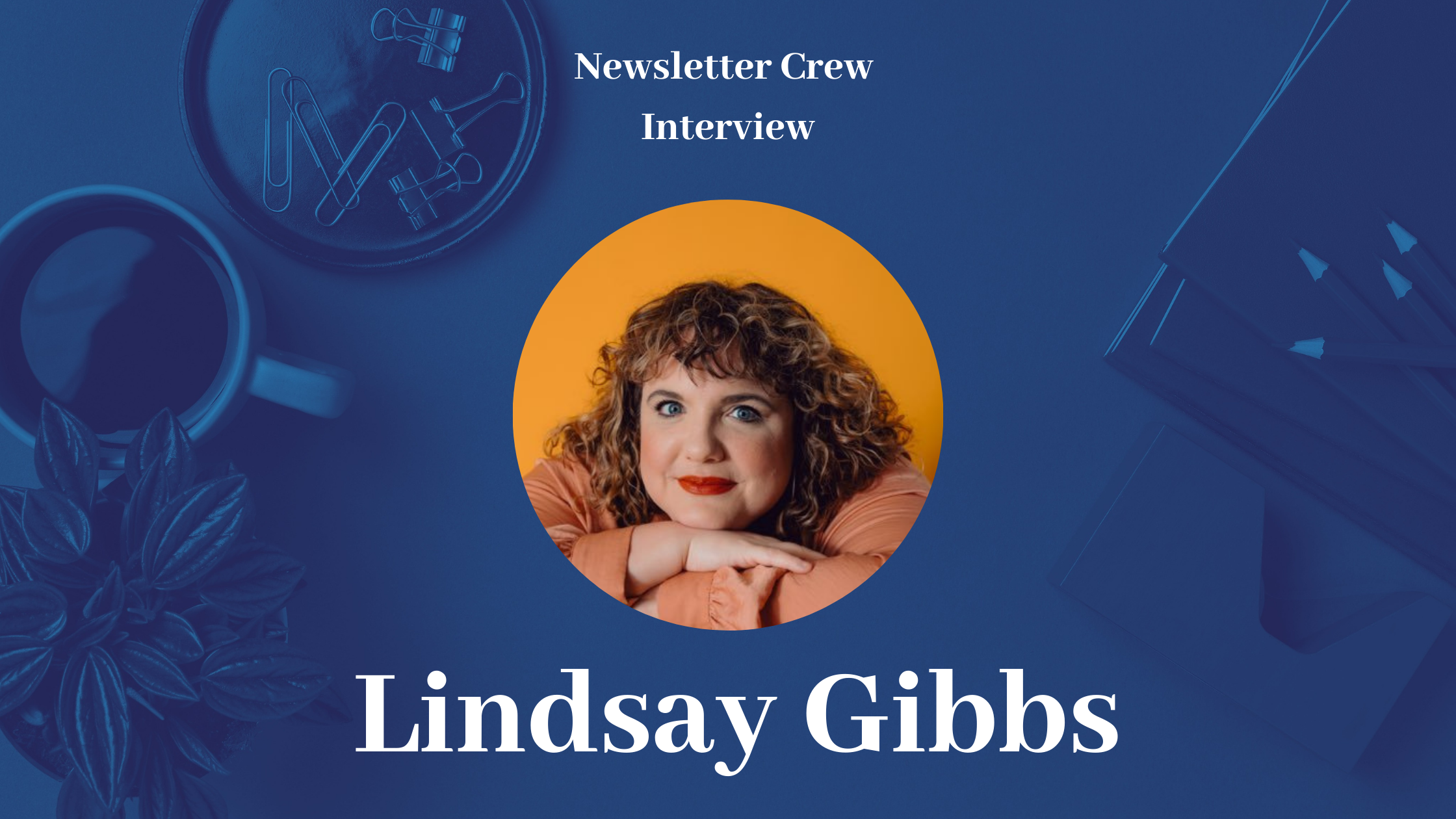 Lindsay Gibbs is the author of Power Plays, a “No BS newsletter about sexism in sports.” Gibbs writes about the cultural and political context behind women’s sports, the players, the teams, who is in power and who isn't. She was an early writer for Substack Pro, and she's been building her newsletter for over a year.

Here, Gibbs shares her playbook for writing and growing a newsletter—while staying genuine, authentic, and marketing-free. Her answers have been lightly condensed and edited.

‍How did your newsletter get started?

‍“I’ve been covering the intersection of sports and social issues for about a decade. I started as a freelancer, then it became my full-time career. For five years I worked in Washington D.C. at Think Progress. I was the only sports person there, and it was a progressive political newsroom. My goal was to include women’s sports and activism in that space as much as possible. It was for a broad audience, so I was looking at things from a big picture lens, but I started doing more work on the systemic issues in women’s sports. I got to know the players and the community around them.

Think Progress was shut down in 2019, and I had no idea what was next for me. My former boss at Think Progress, Judd Legum, left the year before to start his own Substack. It’s called Popular Information, it’s very good and very successful. Then a friend of mine, Emily Atkin, started her climate newsletter Heated. They both mentioned that this could be a good venue for my work. I resisted for a while. I was nervous about going out on my own, and if I did this, I wanted to commit to doing it right.

Ultimately, I ended up going for it. I launched Power Plays in November of 2019.”‍

How did you approach the newsletter from a business perspective?‍

“I was lucky to get in touch with the Substack team. They weren’t doing the big recruitment then, this was before a lot of the recent stuff, but they were still looking for writers to add to the roster. I pitched them an idea. I said, ‘You don’t have anything like this on your platform, and I think you can see a lot of growth in the sports space.’ It’s a niche field, but I have some expertise, and I have a small following. So I thought I could make in-roads.

They gave me a $20,000 advance to get started. I got the money up front, then once I started charging for paid subscriptions, they got 50% of everything until the advance was paid back, and then it went to the 10% model that it is now.

My goal was to just drive as much buzz and do as much good work as I could and build that free list up for the first three to four months. I didn’t start charging for paid subscriptions until February of 2020. That timing was fortuitous because I had no idea we were a few weeks away from everything shutting down.”

What was your strategy for growth? ‍

“My strategy was to leverage the connections I had made, and do really great work. I didn’t have a buzz worthy marketing plan. I certainly reached out to podcasts and did a few interviews and used the platforms I had established, but I wasn’t running ads or anything like that. I was just really trying to do work I thought no one else was doing.” ‍

Is there a particular framework you use for each newsletter? How do you choose what you write about? ‍

“It’s hard. I put a lot of pressure on myself to choose the right framing and the right angle. Probably too much pressure, to the point where it slows and bogs me down. But I want the newsletter to read very easily, be accessible, and also be dense with information. That’s important to me.

I’m always looking for that big picture takeaway, whether it's about athlete activism, or analysis of news coverage, I want people to leave with a better sense of the big picture. I want people to understand the behind the scenes aspect of who is pulling the strings within the women’s sports world. I need to be a bit more timely. I need to work on getting things out more quickly. That’s my goal for this summer.”

‍What’s the biggest misconception you see about newsletters? ‍

"Quality gets lost a lot. It’s okay to focus on quality over quantity. And, being genuine and personal matters more to me than being the master networker, or the master salesperson. I think there is space for newsletters that aren’t just selling things, aren’t just promoting things, and aren’t just marketing copy. We all sign up for things that feel like marketing and we can feel ourselves being manipulated. I think people appreciate when stuff comes into their inboxes that is genuine and heartfelt.”
‍
Subscribe to Power Plays here.