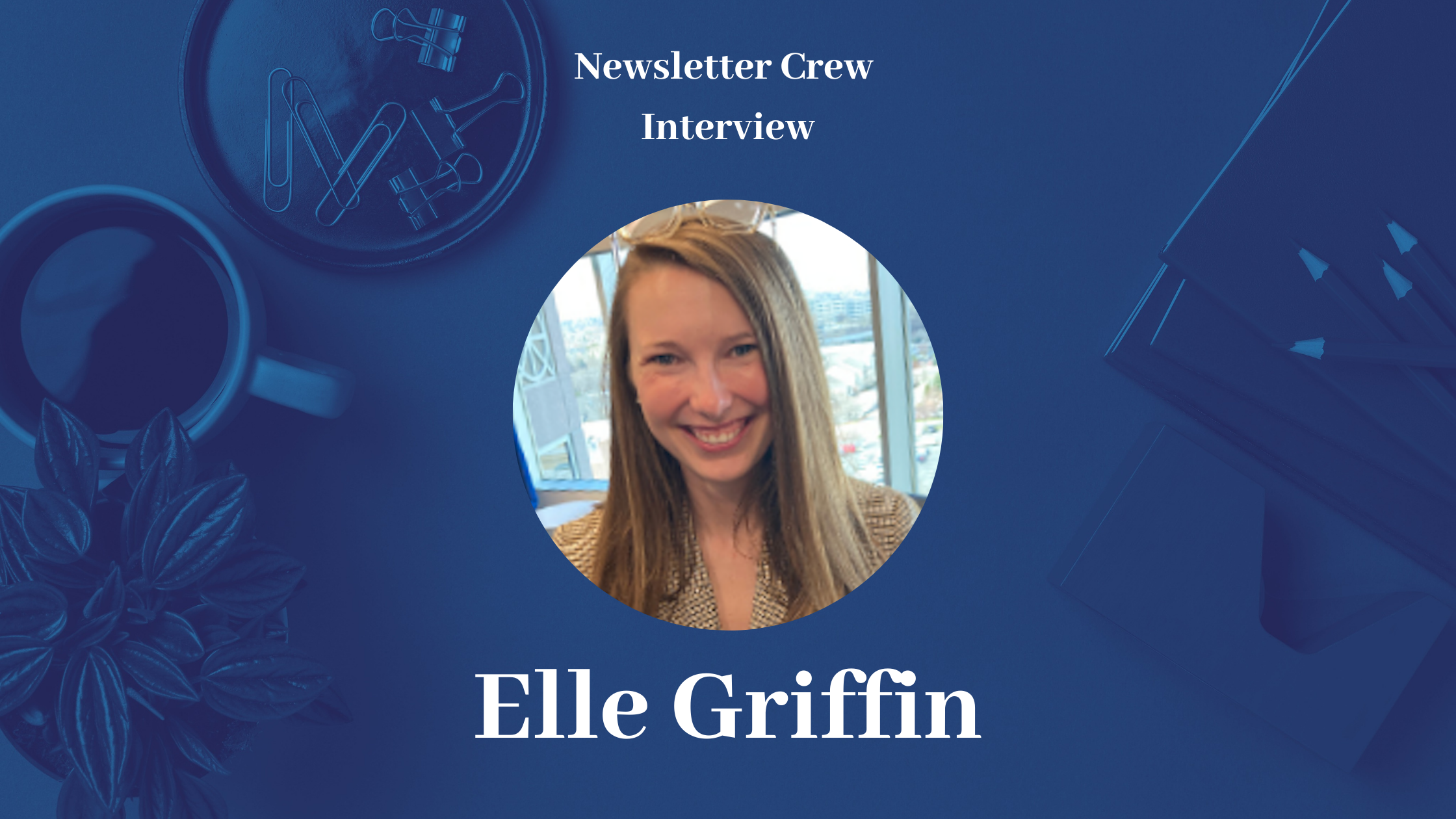 Elle Griffin is a writer, editor, and soon-to-be author. She's serializing her first novel in a newsletter on Substack, publishing chapters every week for her thousands of subscribers. She also manages a Discord community with hundreds of Substack writers. Here, she shares her advice for writing and selling digital products online. ‍

How did you get started writing?

"I've been writing a journal ever since I was a child and writing a blog ever since I graduated college, but I never knew I could do it professionally until I was collecting unemployment and had nothing to lose by freelancing. It worked! Once I became a full-time magazine editor I decided I might as well go for the dream and write a novel. That wound up being so much fun that I came up with a new dream: to become a full-time novelist!" ‍

What was the first version of the newsletter like?

"After researching all of the best places to publish my first novel, I realized that traditional publishing was never going to be my best bet and that, if I ever hoped to make a full-time living at it, I'd be better off building my own audience. Ultimately, I decided to follow in the footsteps of some of my favorite authors—Charles Dickins and Alexandre Dumas—and serialize my novel via Substack.

I started my newsletter in February of 2021 with the goal of building my newsletter list so that I could publish my novel to my subscribers in the fall of 2021. I started with 1,700 subscribers leftover from a blog I wrote years ago."

How is it different today? How many subscribers do you have now?

"My list remained relatively flat until April of 2021 when I decided to stop working on my second novel and start devoting myself to publishing my first one. As I have a full-time job, I get up at 6am every morning to write for two hours before I start work. It's my favorite time of day and I was sad to give it up, but it was the only real time I had and I couldn't let my first book collect dust.

So I set myself a time limit. I would use my mornings to write and promote my newsletter—but only until my book started publishing in September. After September, I would take my weekly newsletter down to a monthly newsletter and spend my mornings writing novel chapters again. I decided to call it my "full-send summer." As a result, I now have almost 3,000 subscribers (2,813, to be exact)."

What strategies have you used to grow your subscriber list?

"I come from the magazine world where pitching is part of my weekly process. Every week I come up with an idea, then pitch it to 10-20 people. Early on I pitched my serial book idea to Substack book clubs, book club podcasts, but no bites. Then I started pitching the idea to people who were already writing about Substack or similar technologies in the creator economy space and that gained a lot more traction.

I reached out to NYT, Insider, Wired, Rolling Stone, TechCrunch, and reporters for similar publications who had already written about Substack or Patreon in the past. I posted the links to my articles on online communities and tech aggregator sites like Reddit, Discord Communities, and Y Combinator. I advertised in newsletters that catered to freelance writers in hopes that one of those writers might pick up the story (Deez Links, Study Hall, Sonia's Newsletter, Ann Friedman's newsletter, etc).

Most of it didn't stick, but that's the point of pitching. You only need one or two of them to work—and they did! Several of my ads led to interviews and features in other Substack newsletters. A reporter from Insider was interested in my pitch and wrote about my newsletter in a story. One of my articles went viral on Y Combinator and that led to the Substack team reaching out and inviting me to host a Substack workshop for fiction writers.

It's like an avalanche where one thing leads to another, but it takes firing off a few cannonballs in a few different places to trigger it." ‍

How do you think about monetizing your newsletter?‍

My plan is to go paid in September of 2021 when I launch my first book. I'll offer the first four chapters for free, then come October readers will have to pay $50/year to subscribe to it. My plan is to launch a new book every September, right as annual subscriptions are set to renew, and my hope is that readers will choose to stay and tune in for the next one. It's a pipe dream for sure, but as I build an audience for my fiction, who knows, I might even be able to earn a living doing it! "‍

Have you considered other monetization strategies? A subscription tier, e-commerce, adding a paid community, etc?

"Yes! I would love to add additional pricing tiers (possibly through Patreon if Substack doesn’t implement it) so that, in addition to receiving access to weekly chapters and my private Discord community, higher-tiered readers will have the option to write the foreword to my book; get a signed, hardback collectors edition copy of my book when it’s done; or attend an intimate, in-person wrap party at the very end. Several Patreon authors add these special pricing tiers and can earn upwards of $1,000/month just from 4-5 higher-paying supporters!"

How do you decide what to write about?

"A few years ago I fell in love with French literature: Les Miserables, The Count of Monte Cristo, The Phantom of the Opera. And then the associated gothics: Dracula, A Christmas Carol, A Picture of Dorian Gray. Then I ran out. Apparently, there are only so many gothic novels one can find in 18th- and 19th-century writings—and I even read several of the more obscure ones.

But I wasn’t done with the genre yet—I wanted to stay in that dark, beautiful world. I wanted one more gothic novel, written in the French style, with all the mystery of Edmond Dantès and with all the philosophical complexity of Jean-Valjean—but with a strong female protagonist and a lush Americana setting. So I wrote it myself.

I'm very, very excited to debut my novel as a newsletter, just like my gothic heroes did. And if you're interested in following along, you can subscribe at ellegriffin.substack.com. Thank you so much for reading!"